Well, we went on a short trip the other week, just to visit friends in Melbourne. We normally fly over but since it was school holidays and we had time, we decided to save money and drive over instead. This was a pretty shocking trip. Officially, Australia is the driest continent (having the least precipitation - at least Antarctica has snow!), and has one of the most variable rainfall climates in the world. Our current drought is the worst on record and recently, the government has announced that water restrictions on farmers will be further increased so that they will be unable to irrigate from the river at all. This is especially a problem in South Australia and Victoria, the two states we drove through, as they have had only the smallest percentage of rainfall expected over the last two years.

Anyhow, I took these photos on the drive - I just couldn't believe how dry it is out there. Remember, these were taken at the very end of April, when we usually have had heavy autumn rains! 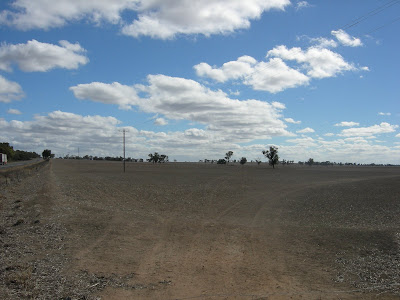 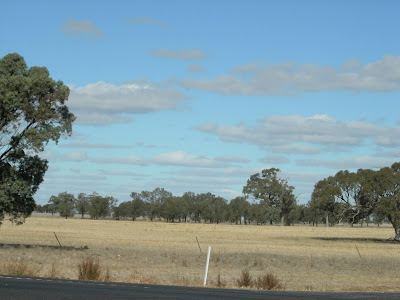 This one has a little greenery in it - thank goodness for the hard-living gum trees. This really shows how important it is for Australia to encourage the re-growth of our natural flora - cause when things get bad, they can survive on very little water. 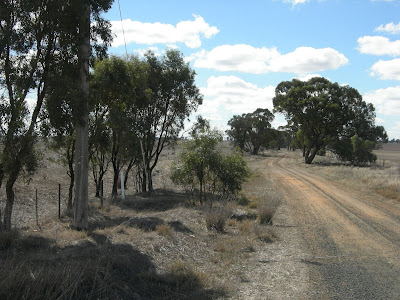 And just to include some pics of us, here's one of me, having a stretch-break on the 8 hour drive: 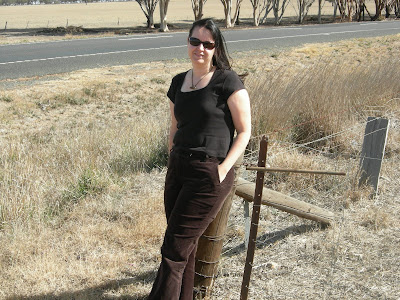 And here's one of Ryan, relaxing at an outdoor cafe in Williamstown to end on a high note: 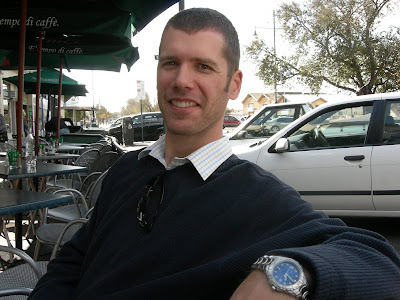 We're going to Brisbane in July - will post again then!
Posted by LinkyLou at 12:36 pm

my god its so dry out there isn't it! You take great travel shots Lynn!

Looking very stylish and sophisticated leaning up against that fence post Linky!

Great pics Lynn! What a poser you are out there!!
xx

It was great to see you guys. Thanks for enduring the drive between Melbourne and Adelaide!